It was a soul-crushing moment when a £200,000 Ferrari 458 Spider was crushed in a scrapyard after it was confiscated from its owner–Zahid Khan’s. Khan’s supercar was confiscated by police last April as he drove into Birmingham, and officers told him they suspected it had been stolen when he failed to provide paperwork. 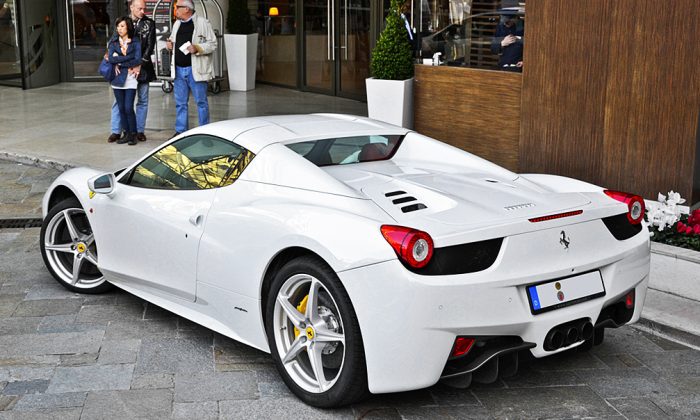 He claims police wrongfully crushed the car as he went through the courts to try and prove his ownership – and today he posted a video of the destruction on his Facebook page. Khan’s problems began after he was exposed as a rogue landlord in December 2016, and was sentenced to 150 hours community service.

When he successfully appealed three of his convictions in March 2017, he parked the Ferrari on the pavement outside Birmingham Crown Court. Weeks later, his car was seized by police when he was stopped on April 5, and when he attended court in attempt to get it back discovered it had been crushed because police had filed paperwork with a judge to allow them to do so.

The UAE's fastest, largest and most luxurious SUVs

The world's most expensive SUV goes on sale for £1.56 million