Faster than an F1 car and named after an F5 tornado, the newest Hennessey Venom is the kind of car that unquestionably belongs at the Geneva Motor Show. It is all about raw power and radical design. It’s also about as rare as they come, with just 24 being made — half of which the company says have already been bought for a cool $1.6 million each. 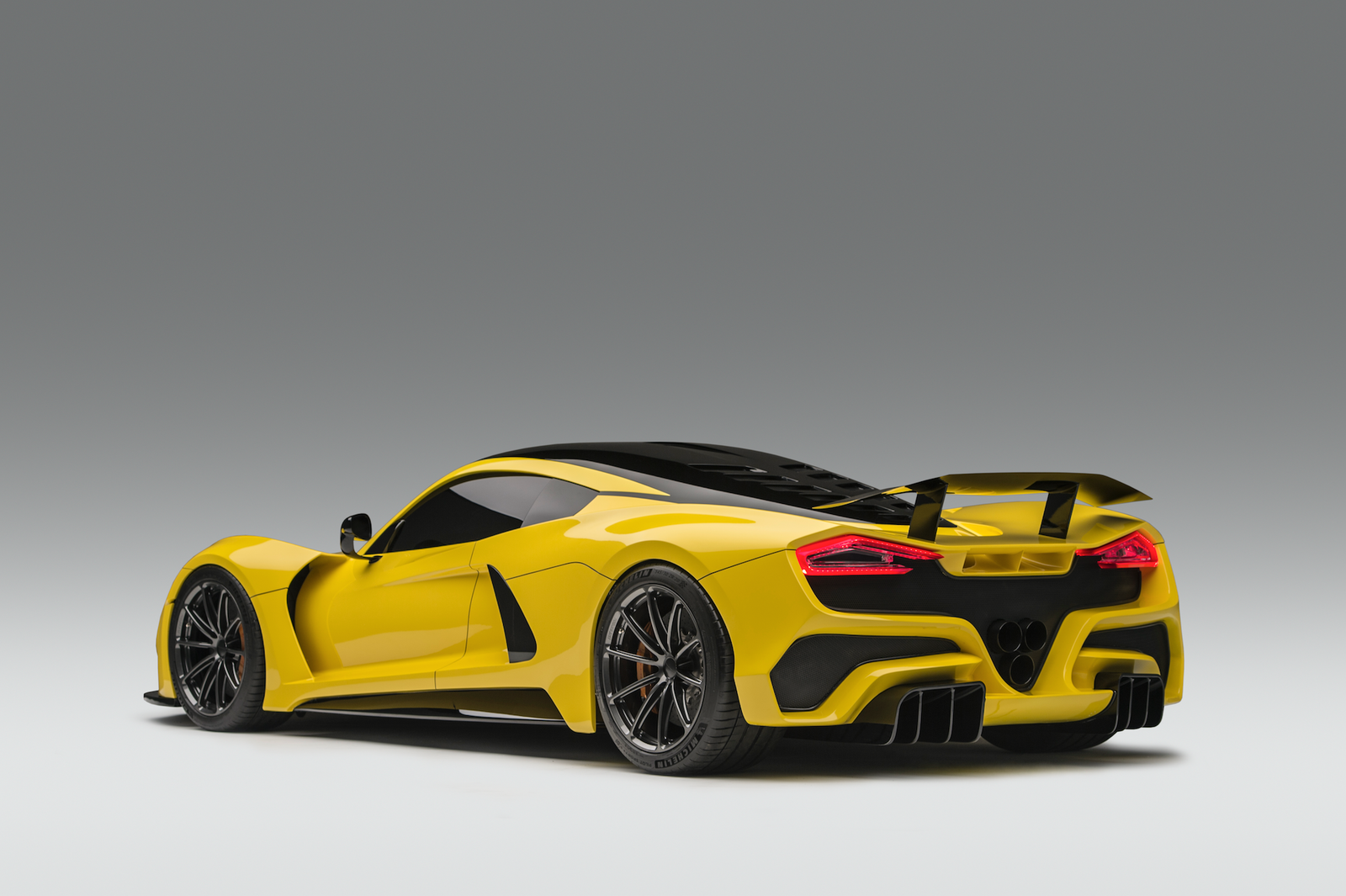 The Venom F5’s carbon fiber monocoque is surrounded by aluminum, making the car a relatively light 1,360 kilograms (or just under 3,000 pounds). All told, it can hit 186 miles per hour in less than 10 seconds, and get to nearly 250 miles per hour and back to a stop in 30.

Much of what we know about the Venom F5 are the stats that Hennessey Special Vehicles, the small company behind the car, has already shared. Teased for nearly a full year at this point, the Hennessey Venom F5’s 1,600 horsepower twin turbo V8 is supposedly capable of pushing the car to 301 miles per hour. The company’s founder, John Hennessey, said in a statement, “It’s no question of if we will break 300 mph but a question of when.”