So you’re buying a boring-old silver or black car because you figure those muted “colors” will help its resale price, eh? Well, as it turns out, going fun and bright might be a better call. Used-car search engine site ISeeCars.com recently analyzed more than 2.1 million sales of used cars from the 2014 model year and found wide variances in depreciation rates based on the color of the paint finish. Yellow cars held their values the best and depreciated 27 percent during the first three years of ownership, less than the average three-year depreciation rate of 33.1 percent. Also faring well: orange and green cars, whose depreciation rates were 30.6 and 30.9 percent, respectively. The worst colors for holding value over those three years? Beige, purple and gold, which all outpaced the average depreciation rate by at least 10 percent. The most common meh colors — white, black and gray — depreciated close to the average rate. It’s a flip from the site’s 2014 study, which found the most common colors as the worst depreciators and gold and beige just under the average rate.

Interestingly, a car’s color and retained value don’t tie strongly to the length of time it takes to sell the car. At an average 41.5 days on the market, yellow cars take longer to sell than both gold (34.3 days) and the average car (36.5). But green cars, another of the lowest-depreciating colors, were close to the average at 36.2 days, while beige cars took an average 46.6 days to move.

These are the best-selling interesting cars ever 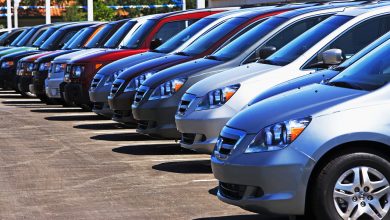 What to watch out for before buying a used car